Another marmalade gin to try …

Back in late 2019, Amazon took the decision to have a crack at the drinks market by launching Tovess Gin, which is advertised as a “premium dry gin crafted to the highest quality standards,” and is produced in a Birmingham distillery, using copper pot stills that are apparently among the oldest in the country.

Well, we haven’t tried their original London Dry Gin, but we have just finished a bottle of the retailer’s orangy spirit which, the label says, comes with “clementine & orange flavours.”  This phrase gets straight to the heart of my reservations about the spirit, as there seemed to be a lack of subtlety about the taste experience.  The difference between ‘freshly squeezed’ and an orange drink you might buy in a carton.

Tovess Clementine & Orange Gin is too strident for my palate for it to compete with Aber Falls or – one of my favourites – Tanqueray Flor de Sevilla.  Perhaps it really doesn’t matter if the flavouring is in your face rather than tantalising the taste buds, but unfortunately for me there was no unfurling of flavours or a surprise finish to enjoy.  Also I didn’t detect the coriander it’s meant to contain, either.  To conclude: in a long cocktail, with lots of tonic and ice, it works passably as a refreshing summer drink.

As normal when GINblogger is underwhelmed we went in search of other people’s opinions but couldn’t find any in-depth reviews from the normal sources.  However, it is worth noting that on Amazon, out of some 1,600 purchasers who’d posted, over 90% awarded it five or four stars.

Whether this tipple has the ability to stand against passionate, small batch start-ups remains to be seen.  But, at 40% ABV and just £18.99 for a 70cl bottle, affordability and the fact that it’ll be in your glass in less than 24 hours through Amazon Prime, should make it a winner – had I never tried Aber Falls or Tanqueray Flor de Sevilla, I might have liked Tovess Clementine & Orange well enough to consider buying it again. 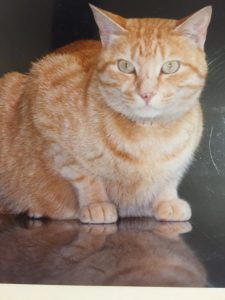