In an exclusive interview with GINblogger, award winning mixologist and now brand ambassador for No 3 Gin at Berry Bros & Rudd, Richard Gillam explains why this relatively recent arrival has enjoyed so much success.

The ‘Best Gin in the World’? Make that a treble!

We first met Richard Gillam a year ago when he returned to the UK from working as head of beverages in Singapore for The Big Idea Group; a business whose holdings included coffee shop and restaurant chains as well as the wold famous Raffles Hotel.

While intending at the time to open his own cocktail bar here, his unique set of skills have seen him recruited as Brand Ambassador for No 3 Gin: a role which involves everything from developing relationships with venues, bartenders and consumers wherever possible, as well as outreach promotions such as training sessions, competitions and other events.

Talking to me in one of his few quiet moments last week, Richard explained why he has committed his energies to the job with Berry Bros and No 3 Gin: “We were created in 2010 after two years of research and development – following the wish of our former chairman, Simon Berry, to ‘create the best gin in the world.’

“We collaborated and worked in sourcing the best ingredients, partners, people and resources to realise the statement; and we did indeed win ‘Best gin in the world’ at the International  Spirits Challenge in 2012; then went on to win the accolade the following year, and again in 2015. Nobody else has ever accomplished three wins.”

Going on to explain why Berry Bros & Rudd’s new distillation has been so widely acclaimed, Richard said: “The actual spirit or liquid is rarely discussed but this is the basis of gauging quality: some base spirit in gin is thin and standard, just used for a quick and easy vessel for a quirky botanical recipe.”

He added: “At No.3 quality is key and we searched out the best ‘spirit’ – neutral grain spirit or NGS as its known, for our gin. This coupled with our slow distillation (done with 300 years of distilling expertise) allows us to produce a rich, oily and exquisitely smooth spirit with a gorgeous mouthfeel – and that’s not even mentioning our luxurious flavour profile of six quality botanicals.”

While the name No 3 relates to the firm’s address in London’s St James’s Street there are also three spice and three fruit botanicals which go into the blend. Juniper is joined by orange and grapefruit peel, while the spices selected are angelica root, coriander seed and cardamom pods.  These are steeped overnight at Berry Bros & Rudd’s Dutch distillery before the traditional copper stills complete the process.  Finishing up as a 46%gin, perfect for martinis, No 3 is also distinguished by the key motif that decorates the bottles: replicating that which unlocks the door to The Parlour within the historic St James’s Street shop.

Richard concluded saying: “While London Dry Gin is the highest quality and will always be crystal clear, No.3 is the pinnacle of London Dry Gin production.”

Next Thursday GINblogger will be bringing you Richard Gillam’s views on why gin is such an integral element to the business of making cocktails. We have included a link to part 2 here. 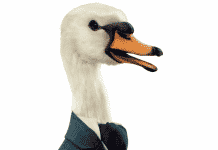 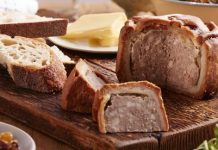