You may have seen a similarly titled mobile still, mounted on the back of an old VW van during an episode of the TV property show, Escape to the Country, but here we’re talking about a bunch of runners from Kent who break off from their exertions to down a swift G&T. In fact, most of the time, the Westcombe Park Chapter of the Hash House Harriers seem to consume more alcohol than miles.

Unlike many more serious athletics clubs, the Triple-H brigade were established at the Hash House Café in Kuala Lumpur, where the “Mother Hash” is still active today. There are hundreds of branches or chapters worldwide as well as around the UK, and yours truly used to run every Tuesday with the Ashburton Hash here in Devon.

Westcombe Park claims to be the country’s oldest still in existence, and is unusual in that its runner area all male, have to carry ID cards (Or forfeit a drink to fellow members if challenged to produce it) – while the secondary task of the ‘Hare’ who sets the course is to drive on ahead, to be ready with the gin at the half way point.

John Ward Turner, an old friend of ours and a founder member of Westcombe Park, recounted: “We’ve been meeting for a run on the last Sunday morning of every month since December 1971. There are some dozen and a half of us, and a different Hare sets the route each time. We have a drink of brandy before we set off at 9-55 sharp, and finish the bottle off when we all arrive at the Hare’s house. He also has to provide the ‘Hash Sip’ half way round, which is their choice, but normally gin and tonic. Then the Hare’s wife feeds us after we’ve all showered and changed – which is why we have had to keep the numbers strictly limited.

“Other traditions include everyone having to wear a different hat for each run, which means the local charity shops do quite well, while there is also a ‘Hash-It” – a plastic potty – which has to be worn by the person judged to have done something daft on the last run. Then they get to decide who deserves it next time round.”

The most recent outing for the Westcombe Park runners started at Detling near Maidstone and covered a course of over four miles across the North Downs, of course including a refreshing G&T midway through.

As Hash House Harriers call out when they find the next marker for the trail: “On-On”.

Thank you to C2H3GPS for creating this video!  Cheers! 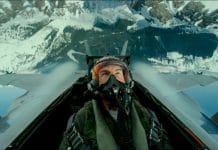