The history of tonic water –

My mother nearly died from malaria – and it returned periodically to haunt her over the years in the form of fever and chills.  Had she enjoyed a regular intake of gin and tonic, might she have avoided being so ill?

I was too young to remember the exact details, and my mother has since passed away; but we were living in the wilds of Zambia when she contracted the disease – did she not take antimalarial treatment such as quinine or the modern equivalent is a question I wish I’d asked her.  One thing I do know is that she never drank gin – and loathed tonic and soda water.  Gin, she said, made her cry, while the only fizzy drink worth imbibing was champagne!

Quinine is the active ingredient in Cinchona, a plant found in Peru, which was discovered as a cure against malaria in the 1500s. Cinchona was popularized in Europe by the Jesuit cardinal Juan de Lugo, and became known as ‘Peruvian bark’ or ‘Jesuits’ bark’.

By 1817, French scientists Pelletier and Caventou found a method for extracting the bark’s most medically powerful compound, quinine – and this was to be the only effective malaria treatment for the next 300 years; until WWII when synthetic drugs, such as chloroquine, were invented that were safer, more effective and easier to make.

The history of tonic water, meanwhile, has its roots in colonial India around 1825 thanks to the English officers based there: they sought a way to make their quinine medicine taste less bitter by mixing the powder with soda water and sugar – they added their daily ration of gin to create what must’ve been an incredibly refreshing cocktail in the searing heat.  But it is here that we see the first rudimentary tonic water.

The use of quinine, then, was spread across the colonized continents to prevent malaria – to put it all in context, in 1860 alone, South America exported around two million pounds of Cinchona bark to Britain and the United States. Quinine became as valuable as gold, leading Charles Ledger to smuggle Cinchona seedlings out of Peru, which he sold to the Dutch government.

Holland set up huge plantations in Java and, by World War I, the Dutch controlled most of the Cinchona trade with their Indonesian colonies supplying almost 95% of the world’s quinine.

As witnessed by my Mum: quinine kills malarial parasites in red blood cells and alleviates fever, but it doesn’t completely destroy malaria in the body, allowing relapses to occur unless quinine therapy is ongoing.  I remember her taking some sort of treatment against malaria, even when we returned from Africa.

“the gin and tonic has saved more Englishmen’s lives and minds than all the doctors in the Empire.”  Winston Churchill 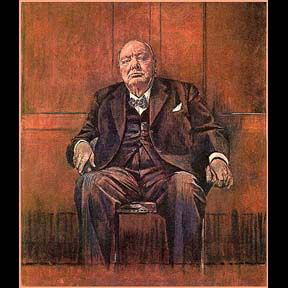 Cranberry sauce with a ginny twist