With thanks to Cocktail Mixing Master, from where this article has come and which I have edited lightly to suit the English palate: https://www.cocktailmixingmaster.com

While official cocktail history starts around the beginning of the 19th century, the first known printed use of the word “cocktail” was in 1803 in an article for the Farmer’s Cabinet (Amherst, New Hampshire, April 28, 1803).  It refers to a guy with a hangover who “drank a glass of cocktail — excellent for the head …”.  Which obviously refers to a hangover cure, whereby you have more alcohol the morning after to relieve the symptoms resulting from the night before.

A cocktail is of course a type of mixed drink, commonly containing one or a combination of alcoholic spirits and liqueur and may contain juices, sodas and other flavourants or colourants.  It is usually decorated (“garnished”) with edible and/or non-edible items like fruit and swizzle sticks or straws.

The catalyst was, perhaps, the Prohibition that started in 1919 in the USA, which forbade the sale of alcohol; leading to illegal alcohol factories where the spirits produced tasted so awful they needed disguising with other ingredients.

During the same time, “speakeasies” – bars with restaurants and sometimes clubs – became very popular.  Often, the bartenders would mix alcohol with a number of other ingredients like creams and juices to visually hide the forbidden content from the police, as well as disguise the poor taste.

Inevitably, mixed drinks and cocktails soared in popularity.  After the Prohibition ended in 1933, bartenders and mixologists were free to experiment with spirits and liquors and this started the golden cocktail age. Briefly falling out of fashion during World War II, cocktails became very popular again in the late 70’s and early 80’s.  This was largely the result of an explosion of interesting new kinds of drinks, like flavoured vodkas and schnapps onto the market.  Then there was the explosion of artisan gins in the noughties …

Cocktail history is filled with colourful legends.  No one is quite sure where the word “cocktail” comes from and there are many theories: one tale has it that the name comes from a drink called the “Coquetel” served to French soldiers during the American War of Independence from 1775 to 1783.  Another talks about a female tavern owner who decorated her drinks with the tail feathers of her neighbour’s rooster.

To celebrate our love of the alcoholic art of mixology, we’ve written a blog containing three delicious Champagne and gin cocktails – read here – and enjoy! 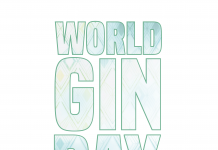 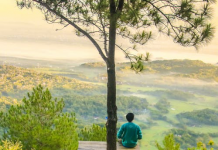